Pregnant women, or women who have given birth recently often report suffering from forgetfulness and lack of concentration. This well documented condition is known as Baby Brain, Pregnancy Brain, or Mom / Mommy Brain. I’ve often seen bewildered husbands eye-roll at their partner’s forgetfulness and i recently decided to research “Is pregnancy brain a real thing?”

The fogginess and memory problem that can accompany the lead up to and arrival of a baby is a real medical condition that can significantly impact women’s ability to focus and cause them great frustration.

Almost every mother will experience some level of Mom Brain symptoms but the intensity of this condition can be different for every woman. Some pregnant women have more intense symptoms while others just have mild effects.

What does being pregnant do to your brain?

Apart from the obvious external physical change that a pregnant woman goes through, the underlying changes happening in her brain, including mental health often gets ignored. According to the research, there’s a pinkish-grey tissue in the brain that shrinks after a woman has given birth.  It’s due to this shrinkage that causes women experience the condition of pregnancy brain.

There is actually a good side to this. The shrunken parts are areas that are responsible for social cognitive activities such as understanding non-verbal communication and the tuning in to feelings of others. When it shrinks, it’s not so much a loss of function, but rather an intensifying or distilling of those functions.This enhancement might be helpful to mothers in taking care of their children, understanding the needs of newly born babies, and in protecting their babies from possible threats. Moreover, it is also reported that women who have lost greater amount of the grey matter are more attached to their newly born. Pretty cool evolutionary stuff, hey?

The trade-off is that memory (spatial memory in particular) may suffer as a result of these brain changes. The brain is simply focusing it’s attention on the parts that are most critical for the survival of offspring and where you parked the car just doesn’t make the cut!

Experiencing forgetfulness, fogginess, and lack of concentration is normal during pregnancy and postpartum is extremely common. Below are the most commonly reported symptoms of Mom Brain:

When does Pregnancy Brain start?

There’s no exact information on when Pregnancy Brain starts. However, many mothers have reported that they’ve experienced the symptoms more obviously the third trimester. It makes sense because lack of sleep (which can be happening due to the discomfort of a growing belly) back pain or heart burn, can cause lack of concentration. Mom Brain can also be experienced in the first trimester because that’s when the hormone levels change much more suddenly.

Do you recover from Mom Brain?

The exact duration of this condition is unclear, however, symptoms usually subside a few months after delivery. From a physiological perspective, the grey matter stays shrunken for almost 2 years, so it might be possible that the symptoms also persist for some women.

Don’t get stressed. Due to our ability to adjust, at the end of the day mothers will cope and Mom Brain simply won’t be a hassle anymore.

How to combat Pregnancy Brain

Learning tips and strategies to help cope with this condition is helpful for some women. Managing symptoms can be particularly important if you have ongoing responsibilities such as paid work or caring for an elderly parent or other little ones. The techie age we are living in has made things a little easier, so by making minor changes and using some tools available, you can hopefully cope better with any memory issues. Keep reading on if you’re searching for some coping strategies:

Last but not the least, ask for help either from your partner, parents or friends. Don’t work or drive if you’re not feeling good. Taking a break in these situations is perfectly fine. You might even be able to talk to your employer about flexible hours or remote working arrangements if that’s easier for you.

Don’t worry if you’re facing Baby Brain symptoms. This condition is completely normal and the majority of women all over the world face these symptoms in pregnancy!

However (and this is really important), if you think that your symptoms go beyond ‘typical’ Mom Brain or you’re experiencing sadness or anxiety that feels more severe than “normal” then you should consult a doctor. 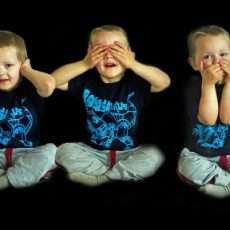 Everything you need to know about types of triplets and higher order multiple pregnancies.