I always knew I wanted to become an egg donor. I like to explain it to people as “paying it forward” after a sperm donation made my own family possible, but in reality I think I would have gone down the egg donation path, even if we hadn’t relied on an assistance to have our own family.

Being in a same-sex relationship, I was always aware of the fact that in order for us to have a family, we would need the help of a sperm donor. My partner, Vanessa and I shared the opinion that we didn’t want to use sperm from someone we didn’t know. We wanted any children we had to be able to know exactly where their genetics stemmed from, and be confident that there wouldn’t be any unwanted surprises down the track. By knowing our donor, we could make sure that no questions remained unanswered. We were lucky enough to have some wonderful friends in our life, a married couple who already had a child of their own, who agreed to help us with that missing ingredient to make our family.

Our friends explained to their four year old that his daddy was going to help our doctor to make me pregnant, so we could have a family. They explained that although he was helping us make a baby, he wouldn’t be that babies’ “Daddy”, because he was already a Daddy in his own family, and that our baby would have two mummies instead. This simplified version of events was accepted by their son and he proudly told people in his life that “his family was helping another family have a baby”.
Close friends and family were told about the sperm donation so there was never the need for any secrecy. 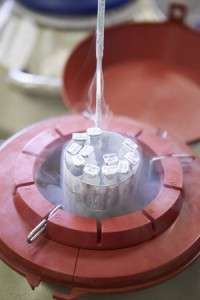 My babies were only three months old when I answered an advertisement for an egg donor. I had read over dozens of similar ads in the wee hours of the morning, killing time while attached to a breast pump. I decided that if I was going to go through with the process then I wanted to do it sooner than later and while I was on maternity leave would make it easier than fitting ultrasounds and blood tests in around work. I’m not sure what it was that made me respond to this particular ad that night, but I typed up a long email to introduce myself and sent it off to the couple. I decided to spell it all out straight away, so I wasn’t stringing anyone along if I wasn’t the kind of person they were seeking. I told them I was gay, that I had young babies and that I wanted some level of contact to remain open with them if we went ahead, as I planned to tell my own kids about any children born as a result of my egg donation and would want to be able to answer any questions they had along the way. A few emails went back and forth and a month or so later, we decided to meet.

I really felt for this couple. They had spent years trying to conceive and had gone through multiple rounds of IVF. A woman had offered to be an egg donor recently but after getting halfway through the process, decided she hadn’t thought about how it would affect her kids and pulled out. I could tell that they weren’t letting themselves get too excited for fear I would change my mind, but I tried to reassure them the whole time. I had already thought about the egg donation process for months, and had considered a lot of the “what ifs” by being on the receiving end of gamete donation already.

Once the counselling and initial blood tests were done, the actual IVF cycle itself was over in a month. It was uncomfortable and unpleasant at times, but I kept reminding myself that it really was only a few weeks of my life and would mean so much to this other family. Miraculously, there was success on the first cycle and my egg recipient went on the have a healthy pregnancy and a beautiful little girl. We stay in touch and have met up around once every 12 months so far, although this might be a little more frequent once our children are a little older and easier to travel with.

After the birth of my babies, our sperm donor write me an email letting me know how he felt about everything. He said the only time he had felt uncomfortable was when close friends had congratulated him on the birth of the babies. He didn’t see them as his children, he was expecting the birth of his second child in only a few weeks. In his words, “When someone cooks a fantastic meal, you don’t thank the farmer that grew the potatoes, you thank the chef.”
Since being on the flip side and seeing a child born as a result of my own egg donation, I feel exactly the same. I have a genuine interest in seeing how this little girl is growing up and living life, yet I have never felt that she is my daughter. She has two loving parents and has created a special bond between her family and mine.

I speak to people about gamete donation from time to time and I am usually met with the response “I don’t think I could do that. I’d feel like I was giving my children away.” I don’t feel like this at all. If I hadn’t donated those eggs, they never would have become children anyway. I feel nothing but pride when I see photos of this little girl with her parents, who she is bringing so much joy to. Our children are too young to understand the details yet but they know we have two “special” families and as they grow older, I hope they will take pride in the links they share with these other families. 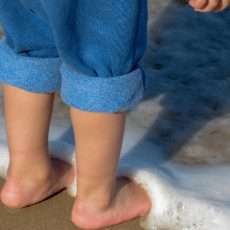 Are barefoot shoes for kids better than “supportive” footwear? 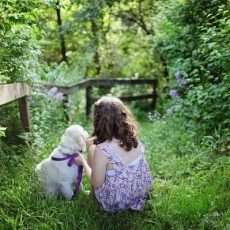 Explaining the death of a pet to toddlers