When I was pregnant with my trio, my midwife put me in touch with a some other triplet parents so they could give me some advice when expecting triplets. Some of the tips they gave me were really valuable and I was so grateful to be able to hear from those that had been there before me. There are some things that honestly, no one else really “gets” unless they’ve brought several babies into the world at once. I recently approached a group of HOM parents and asked them to dish up their best advice for expectant families…

Solutions for insomnia while pregnant with multiples:

Insomnia during pregnancy is pretty common and can be due to a few different reasons. Heartburn, pressure in your bladder and the general discomfort of having a growing belly are all culprits for making you toss and turn, not to mention running to the loo throughout the night! From quite early on in my triplet pregnancy, I suffered from insomnia and it was before I was feeling physically uncomfortable. I would sleeo for 2-3 hours, then be wide awake and unable get back to sleep until the sun was creeping over the horizon, which meant I would have to get up for work in an hour!

I can probably attribute a bit of this sleeplessness to the whirlwind of thoughts going through my head – knowing we were bringing 3 tiny humans into the world and all the logistics and emotions that go along with that. There was definitely something physiological going on as well though and I was feeling pretty helpless, because you everything is so much harder when you aren’t sleeping well! Hands down the best advice I ever received during my pregnancy was to do with curing my insomnia and I hope it helps you like it did me!

If you are suffering insomnia while pregnant, get up and eat a protein snack. Your metabolism is going crazy trying to keep up with the demands of the little people on board. The snack will help you settle back down, even if you don’t feel hungry. Don’t have much – you don’t want to go causing reflux when you lie down again. I started with a small protein shake (you know, one of those breakfast replacement drinks) and it worked a treat. As my pregnancy progressed, the insomnia crept back in so I increased my snack to a hard boiled egg I has prepared earlier or a tablespoon of hummous. In the latter stages of my pregnancy, I found I was waking twice a night for a snack, but I was able to settle back down pretty fast afterwards.(This piece of advice dead set saved my sanity!)

Preparing for breastfeeding triplets or more

Breastfeeding is a unique journey for everyone and success levels differ from one mum to the next. If you want to breastfeed your babies, get educated as much as you can by talking to a lactation consultant. The nurses and midwives in hospital are are a great source of advice too.

Being able to express milk via a breast pump can be a great tool when it comes to multiple newborns. Expressing between feeds can help increase your milk supply and also means family members can hep feed your babies with expressed milk via a bottle.

Arrange to hire a good quality breast pump when the babies are born. You can try contacting your local Multiple Birth Association, Breastfeeding Association or local pharmacies who may be able to offer this service.

Getting your bubs used to taking a bottle whether you are breastfeeding or not is a pretty good idea. If you are able to express breastmilk or if you are supplementing your supply with formula, you can get your partner or a family member to assist you with feeds. Knowing your babies will take a bottle makes it so much less stressful if you need to be away from them due to being in hospital or having to return to work too. If you are using formula, get yourself at least 2, maybe 3 sets of bottles so you can have a set in the steriliser ready for the next round!

The best bit of advice when it comes to bottle feeding is to get your babies used to drinking formula made up with room temperature water (not warmed), right from the start. This came from a wise old nurse in the nursery who had raised twins herself. It will make going out so much easier not having to worry about getting bottles heated etc.

Make nights as easy as possible with multiple newborns

This seems so simple, but it’s a golden nugget of advice when it comes to making life as easy as possible with multiple babies!

I also love Brolly Sheets, which allow for super fast cot changes. If you are planning on a baby shower, I recommend adding these to your wish list (at least 2 per baby) – they are invaluable when you are toilet training in a few years too! If you don’t have Brolly Sheets, the layering method I described above still works a treat.

Of course it’s great to call in favors from doting grandparents and awesome friends to help with feeding, cuddling and generally managing when you have triplets or more. There are some new parents, however, who don’t have a large support network close by and we’ve all seen how hard the global pandemic made it to have friends and family close at hand. I highly recommend the following products to provide that extra set of hands, when you need a little help!

Best baby clothes to buy for triplets or more

There are some strong opinions among parents of multiples about whether to dress them the same or not. All I will say right now is that as someone who had 2 out of 3 babies with reflux, even if we’d tried to start each day with them dressed in matching outfits, they quickly covered themselves in regurgitated milk resulting in a costume change and I can tell you right now, I wasn’t going to be changing the others to match!

Avoid baby clothes with lots of buttons or ties if you value your sanity. Press studs are great and onesies will make life simpler in those early months of dressing and undressing tiny humans! If your babies are born in the cooler months, they will be swaddled half the time anyway! Trust me, you want quick and easy. Pass this on to those who want to buy you baby clothes as gifts – we were gifted some gorgeous outfits that were either never worn or only worn once for a photo, because they were too darn complicated to put on and off in our haze of sheer exhaustion!

Prepping your home when expecting multiples

Have your freezer full of ready to eat meals such as casseroles, soups and risottos. Cook extra for a few months and freeze your leftovers. Don’t worry too much about baby-proofing stairs etc just yet – your bubs won’t be on the move for some time yet and stair gates or child-proof cupboards are just another obstacle when you have your hands full! Certainly you want to have all this safety stuff done once your children are a little bigger, but just focus on the new-born stage for now! If you’re expecting triplets or higher order multiples, you probably already know you might deliver early. If your babies are born prematurely and you might be spending weeks or months at the hospital before you cam bring them home, consider what your contingency plan will be for any pets you own. We had a friend walk our dog once a week for us and were able to repay the favor later on when they needed a helping hand. We also had a friend’s uni student daughter on standby as a housesitter if I went into labor earlier than expected.

People will tell you to “let them know if there’s anything they can do to help”. LET THEM KNOW. I can’t stress this enough. People really are willing to help you out, but won’t force themselves upon you, so you will need to actually ask them.

When someone makes this offer to you, ask them specifically what they feel they might be able to do (such as cook a meal one a week, mow your lawn, walk the dog, watch the babies for half an hour on Tuesday mornings while you have wash your hair in the shower or go for a walk). Everyone has different strengths and availability so use them for what you can. If someone asks what you need because they want to buy you a gift, consider asking them to commit to an offer of assistance instead. Now, here’s the catch – you need to lock in a date. People are often reluctant to be specific because they don’t want to muck up your routine, so you need to be assertive. Draw up a spreadsheet or a roster of helpers so you can organise yourself. Brain fog – the struggle is real.

Make time for your relationship with your partner. This period of time is going to be tough on your relationship at times and sleep deprivation can make you both a little snappy. Lock in a few hours every 4-6 weeks that you go out for dinner, have a coffee together, go for a surf, whatever you enjoy doing together. Make it a priority to ask a friend or relative if they would be willing to help you out as a babysitter for 2-3 hours and book them in weeks in advance. Your relationship is so important and putting a little time and energy into maintaining it is crucial. Divorce rates are higher in parents of multiples but if you can get through the tough times early on, you’ll probably end up stronger for it! 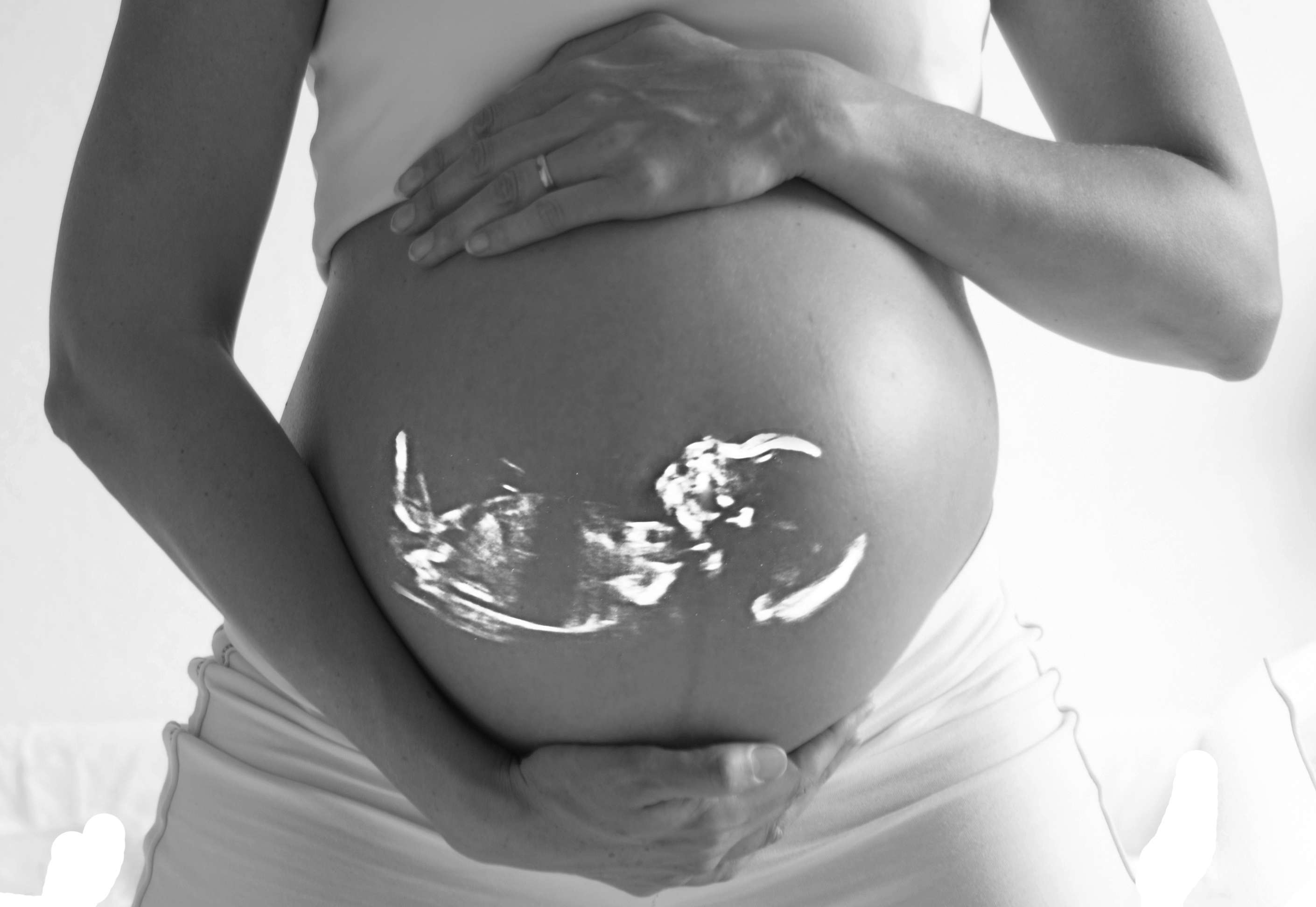 Avoiding stretch marks in a multiple pregnancy… it’s worth your best shot! 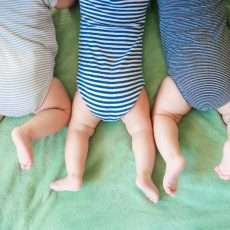 Everything you need to know about sleeping arrangements for triplets. 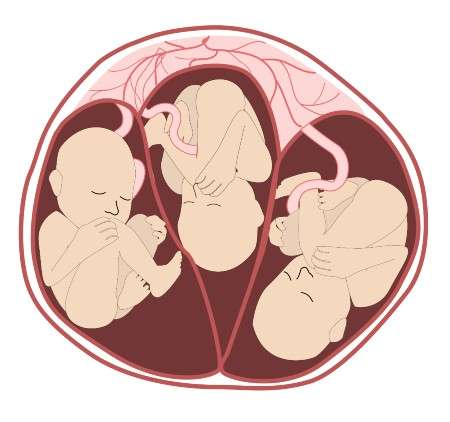 Thinking About Delivering Triplets Naturally? Here’s what you need to know…